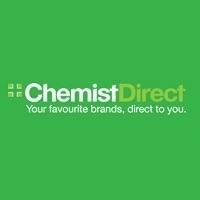 Cancel the gym membership, scrap the diet and forget about plastic surgery. Scientists have today announced what all women want to hear  that shopping is good for your health.

Chevrolet, a carmaker synonymous with value for money, studied the neurological and physiological reactions of female shoppers as they hunted for bargains and compared these to other experiences to chart the effect of retail therapy on the body and mind.

On spotting a value for money item the average shopper experienced a surge in positive emotions, reflected by changes in the way their brain was working, together with an increase in heart rate and sweating, reflecting both their physical and mental excitement.

Neuropsychologist Dr David Lewis at Mind Laboratories who studied the shoppers explained: When were excited, neurons in the brain go into overdrive and powerful chemicals  related to amphetamines  are released into the blood that produce the feeling of a giddy high. The buzz people receive from value for money purchases also creates a physiological reaction that is very similar to that experienced with physical exercise: heart rates increase and blood pressures raise, which all lead to the body functioning more efficiently and healthily.

Over nine in ten women (93 per cent)** said they got more of a thrill from a thrifty shop, preferring bagging a bargain to kissing their partner (91 per cent), getting a promotion (85 per cent) or eating chocolate (73 per cent).

Additionally, over half of women (57 per cent) said they actually felt physically healthier after a successful shop  and a further 44 per cent thought that an hour on the high street burnt off just as many calories as an hour in the gym.

Les Turton of Chevrolet comments: People have always said retail therapy is a natural anti-depressant, but now its actually official. Not only does spotting a value for money purchase leave you with a smile on your face, but it physically improves your health too, which means the more you shop the more weight you could potentially drop.

Background
* Neuropsychological research was conducted on 8 participants over a period of one day in February 2008.

Whilst shopping, participants were linked to concealed EEG monitors (Electroencephalography), fitted with scalp sensors in a neurocap. EDR (Electrodermal Response) monitors also measured the electrical resistance of the skin through finger sensors fitted to the non-dominant hand, and heart rate monitors were worn continuously. Participants also wore glasses kitted with a video camera so that responses could be correlated to experiences during their shopping trip.

** Chevrolet used the independent online research company MyVoice who surveyed 1,000 women, from across the country aged 18 and over, on 31st February 2008.