​
ELIXIR > News > Where a stiff drink can make a real difference to our political views! 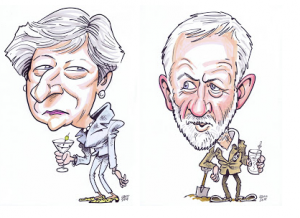 There is not much to laugh about in UK politics today.  Its a mess.  Our leaders so called are in disarray or not up to the job.

So maybe a cocktail or two might give us a better perspective on what is going on.  Or at least help us to find something a tad amusing about the current mess the UK’s politics is in. 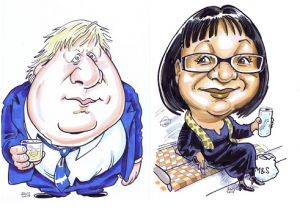 So those ingenious mixologists at the Conrad London St. James’ Blue Boar Bar have come with a new drinks menu based on our politicians with  illustrations by political cartoonist David Lewis.

I make my claim on a Boris on the Rocks and a Maygarita.  Then I may be intoxicated enough to try Jeremy’s Punch! 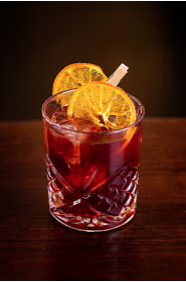 These are just some of new cocktails:  ‘No Big Deal’,  ‘Maygarita’ and ‘Spiced Figrage’. Perhaps the ‘Jeremy’s Punch’ or ‘Dark n Tory’ will have your vote, but beware of ‘Boris on the Rocks’, who knows what’s in store for you there. Nestled in the heart of St James, with the Houses of Parliament just a stone‘s throw away, Conrad London St. James, and particularly the Blue Boar Bar is a regular haunt for politicians looking to mull the political situation over with a stiff drink. 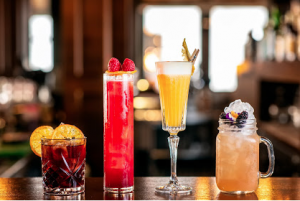 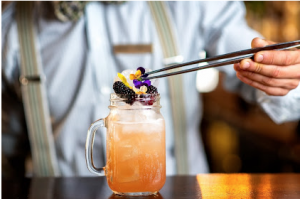 Sit back over a nightcap taking in the Westminster scene and listen out for the occasional sound of the House of Commons Division Bell, rung eight minutes before every parliamentary vote to give any politicians lingering over a pint enough time to get back to cast their vote!