A new study has confirmed that tests for the cancer gene BRCA  have continued to soar following Angelina Jolie’s decision to have a double mastectomy after a similar test.

BRCA testing rates surged nearly 40% in the week of Angelina Jolie’s announcement that she carried the BRCA 1 gene mutation and had an elective double mastectomy, according to a new AARP Public Policy Institute study released today.

This is the first report quantifying an increase in BRCA testing rates among women holding health insurance with a large US  company. 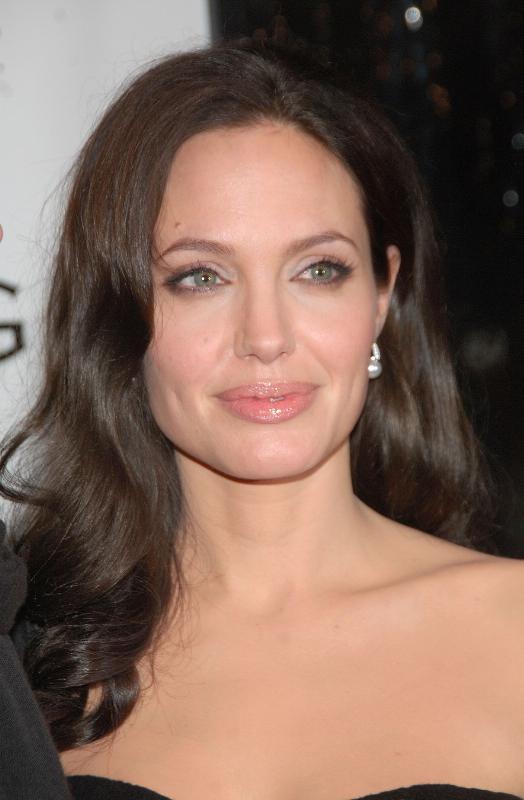 Testing increased by 40%
“Our study showed that the BRCA testing rate increased about 40% and stayed at an elevated level for the rest of the year after Angelina Jolie’s announcement,” said AARP Executive Vice President for Policy Debra Whitman, PhD.

On May 14, 2013, Angelina Jolie announced in The New York Times that she tested positive for the BRCA 1 gene mutation and underwent a preventive double mastectomy to reduce her risk of developing breast cancer. Ms. Jolie’s story gained immediate and widespread international media attention.

About 5-10% of breast cancers are thought to be caused by hereditary genetic defects, according to the American Cancer Society. BRCA1 and BRCA2 gene mutations are the most common cause of hereditary breast cancer. Women with either mutation have a high lifetime risk of developing breast and ovarian cancer.

“By revealing her personal story, Angelina Jolie did an incredible job of raising public awareness about the BRCA gene mutations and the increased risk of breast and ovarian cancer,” added Whitman. “We found that Baby Boomer women ages 50- to 64-years-old had the highest increase in testing rates for the BRCA gene.”

To better understand the so-called “Angelina Jolie effect”, AARP, in collaboration with Optum Labs, compared BRCA testing rates based on claims among commercially-insured women ages 35 and older in the US, before and after Ms. Jolie’s story was publicized in 2013. 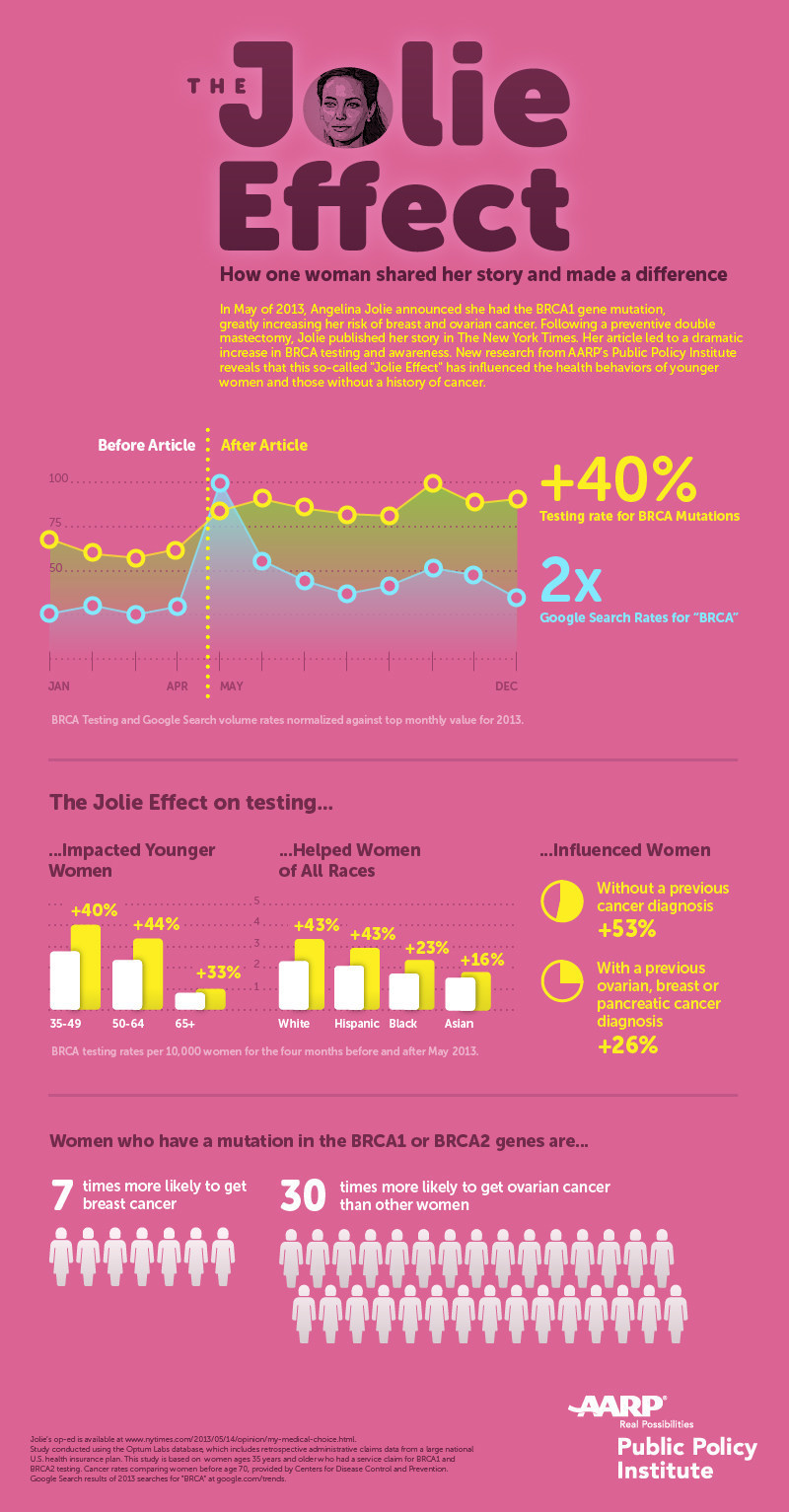 AARP’s Public Policy Institute examined the number and rates of BRCA tests among women covered by a large, national U.S. health insurance carrier before and after Angelina Jolie’s May 2013 announcement (January-December 2013). Using data from the Optum Labs database of retrospective administrative claims data, the report also analyzed the age, race/ethnicity, and cancer diagnosis status of women ages 35 and older who received the tests.

About AARP (formerly the American Association of Retired Persons)

AARP is a nonprofit, nonpartisan organization, with a membership of nearly 38 million, that helps people turn their goals and dreams into real possibilities, strengthens communities and fights for the issues that matter most to families such as healthcare, employment and income security, retirement planning, affordable utilities and protection from financial abuse. We advocate for individuals in the marketplace by selecting products and services of high quality and value to carry the AARP name as well as help our members obtain discounts on a wide range of products, travel, and services. A trusted source for lifestyle tips, news and educational information, AARP produces AARP The Magazine, the world’s largest circulation magazine; AARP Bulletin; www.aarp.org; AARP TV & Radio; AARP Books; and AARP en Español, a Spanish-language website addressing the interests and needs of Hispanics. AARP does not endorse candidates for public office or make contributions to political campaigns or candidates. The AARP Foundation is an affiliated charity that provides security, protection, and empowerment to older persons in need with support from thousands of volunteers, donors, and sponsors. AARP has staffed offices in all 50 states, the District of Columbia, Puerto Rico, and the U.S. Virgin Islands. Learn more at www.aarp.org.