Most of us know that the most important method of preventing gum disease is to floss daily,  as well as meticulously brushing our teeth.

But my personal experience of flossing has been a disaster. I have bought every conceivable kind of flossing device known to man including those expensive electric cleaners that supposedly remove plaque and debris by firing  water at the equivalent of 120 miles per hour (allegedly). But even the latter device is rubbish at removing the build up of nasty smelly plaque, as I suspected!

And its confirmed to me by Theodora Little, a Dental Hygienist who specialises in prevention of gum disease at the Holford Partners Curaden Dental Clinic in London’s Bond Street.

First of all she uses a special application, Bleeding on Brushing, created by Swiss healthcare company Curaden, to identify which areas have gum disease  and also what size interdental  brush is best for me and creates a diagram. And its not good news – things were worse than I thought. The red dots in the diagram indicate gum disease/bleeding and  green/blue dots are the size of Curaprox brush best for me. 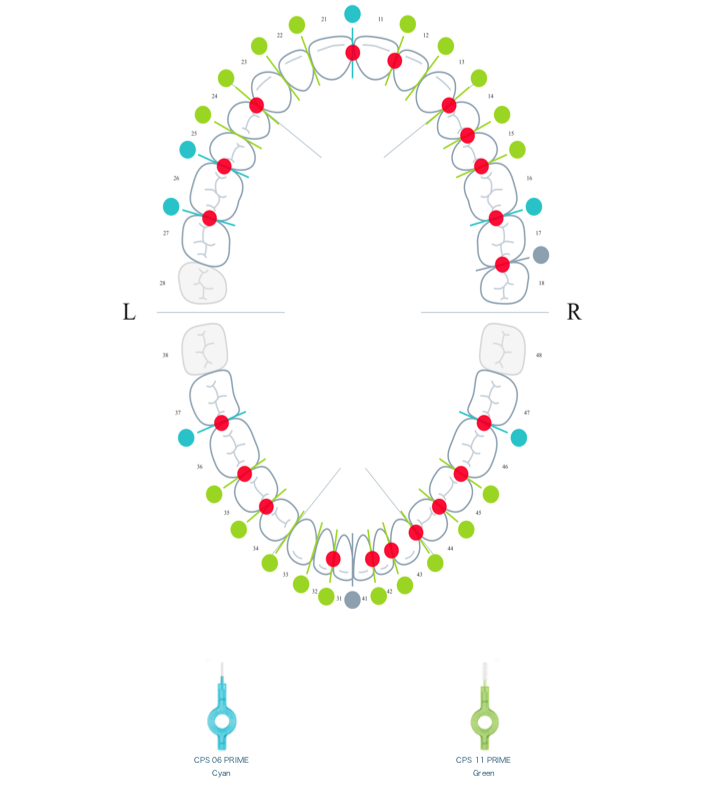 Theadora explains that successful flossing is a technique and she explains that I need to insert the interdental cleaner between my teeth at an angle – making a circular over movement for the top teeth and the reverse for the bottom ones.  Using that method – rather than trying to push the brush in vertically – means that the brush is inserted at an angle so it does not bend.  You then pull it downwards and move it in and out to get to all the crevices. My mouth bleeds a lot but the good news is that if I do  this daily the gum disease will go away in a few weeks.  The Curaprox interdental brushes can be washed and used time and time again which is also good news. But I also need a trip to the hygienist to strip away the hard plaque that is now there.

I am delighted that I have got the hang of flossing at last. I wonder why dentists don’t offer this as a paid for by patients service? I think we would all rather pay to prevent this damage to our gums which can also have other serious health repercussions, doctors have discovered.

Not surprisingly gum disease doesn’t just stay in the mouth. It can spread germs/pathogens all over the body.

Nearly half of all adults over age 30 have periodontal disease,13 which is associated with cardiovascular, lung, kidney, bone, and Alzheimer’s diseases. And it gets worse the older you get with 70% of adults aged over 65 having gum disease

Sof you really want to get rid of gum disease then you really need to learn how to floss properly. And taking an oral probiotic which restores the healthy balance of the microbiome also helps. These two have been identified by doctors: Streptococcus salivarius M18, which kills harmful oral bacteria and goes on to help rebalance the oral microbiome, andLactobacillus plantarum L-137, which boosts oral immune function and promotes healing. 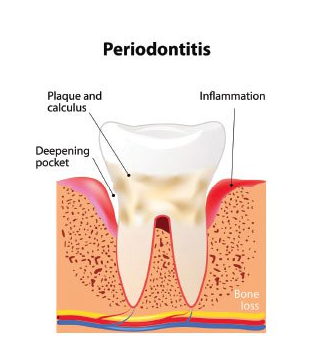 Well its not just one thing.  A combination of factors including poor oral hygiene, poor diet and lifestyle factors, drugs, and disease, which upset the delicate microbiome balance. The resulting microbial imbalance known as dysbiosis—allows excessive growth of poisonous organisms in the mouth.

One of the culprits is found in food and called fermentable carbohydrate which produce lactic acid and other organic acids that promote enamel and dentine demineralisation and softening of the enamel that leads to decay. The harmful bacteria also produces a biofilm, a bit like glue that eventually becomes plaque.  This it the coating that hygienists scrape off your teeth. Gingivitis happens when this plaque stimulates an immune response in the gums around the teeth causing them to become , inflamed, irritated, swollen, red and often easily bleeding. This can lead to periodontitis in which the bacteria go on to destroy the supporting structures of the teeth and can lead to tooth loss.