Cyprus is an all year round destination that really comes into its own in the autumn when the sunshine is dwindling in rest of Europe. 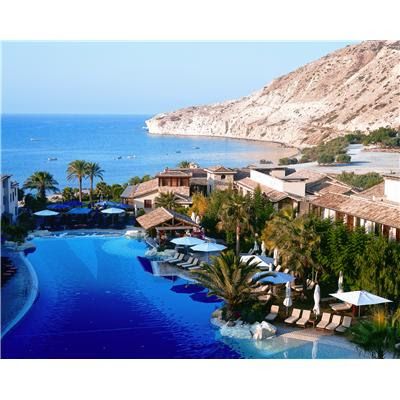 But there is more to this island than just sun, sea and beach. Recently the Government and the private sector have got together to push other areas of tourism to interest a more discerning clientele such as wine and gastronomy tours.

Cyprus is virtually self-sufficient when it comes to food and most of it is grown on the island, including bananas  and its cuisine is a culinary adventure of meze using fresh produce and blending flavours of Europe, Middle East and Africa.

Yes Cyprus does have more than its fair share of cheap and cheerful, even a tacky side as a result of tourism from the former Soviet Union. There are pole dancing clubs and Russian prostitutes and large sprawling hotels that would suit footballers wives on a hen weekend.

But you dont have to go far off the beaten track to see the unspoilt rugged mountain scenary, charming villages and to sample delightful food and the hospitality of friendly locals  most of whom seem to have a relative back in Blighty.

Cyprus is now part of the European Union and the Euro and has a healthy economy thanks to tourism. And if you are looking for something special either in rural tourism or five star classic luxury then Cyprus has it.

Elixir took a look at three of the finest resorts on the island:

The five star Columbia Beach Resort at Pissouri at the Paphos end of the island is a discreet and classy resort of low-rise luxury bungalows right on the beach. Some suites even have their own plunge pools.

It has a stunning outdoor lagoon-style pool which flows inside to the Spa  so swimming even in winter is possible as its heated.. Cypriot honey, local salt and herbs are used in treatments. The sage, oregano and lavender herbal wrap is a signature treatment to help relaxation and the lymph glands work more effectively.

The spa has six treatment rooms, a spa bath, plunge pool, sauna and steam room. There are tennis and squash courts and a gym. The spa recently introduced a range of Molton Brown products and treatments. 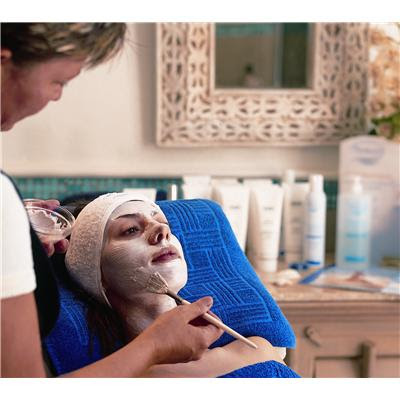 We tried the Lifeforce Facial, a 60-minute rejuvenating treatment for dry and mature skin. This treatment starts with a deep cleanse and a polish ritual featuring a potent fusion of raspberry seed oil and fruit enzymes. Once the skin is buffed and cleansed,you can relax while your therapist uses Hungarian carrot and Moroccan cedarwood oils to supercharge your skin with moisture. You come out looking relaxed and dewy! Costs $113 (99.10,£58) 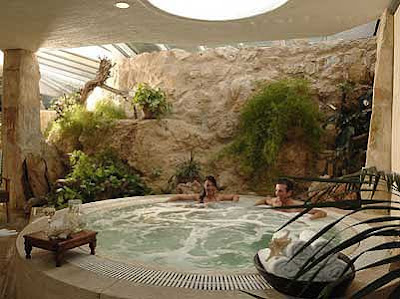 The overall atmosphere is intimate and discreet. And with great dining in two restaurants  one offering local cuisine and the other international  its a great place for couples who want to get away and relax. There are three championship golf courses nearby.

This is a five star resort in a superb location, overlooking the golden sandy beaches and the sparkling blue waters of Coral Bay. 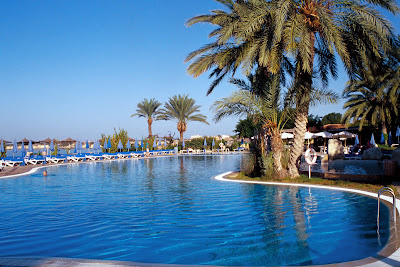 It is right next to the Akamas peninsula, an area of outstanding natural beauty and a UNESCO-protected heritage site. So its perfect for those who enjoy outdoor pursuits, whether by horse or jeep. You can also ramble, bird watch, scuba dive or cycle. There are also lots of ancient Roman ruins nearby  Pafos was the Roman capital of Cyprus.

Esthisis, is the name of the hotels lovely spa and it is the Greek word for senses. 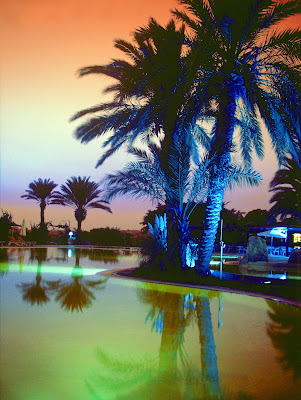 The new Shiseido spa at the Four Seasons Hotel

The exclusive Shiseido Spa, at the Four Seasons Cyprus has only just opened. It is the 5th Shiseido Spa in the world and the only one in Cyprus and the entire Mediterranean region. The hotel already has the first Thalassotherapy Centre in Cyprus and has now achieved another first with the introduction of the Shiseido Spa.

Thalassotherapy uses seawater and seaweed both of which contain minerals and vitamins in high levels for treatments not just for beauty, but also for total body rejuvenation and relaxation. Revitilise your body and mind whilst being pampered by a trained consultant; each guest is made to feel comfortable and relaxed with a high degree of personal attention.

As you would expect from the Four Seasons, the food and service is excellent  freshly made meze or gourmet dining are both top notch.

We sampled one of the wonderful signature treatments  the Qi for Face and Body. This is an absolutely amazing face and body massage that releases all tension and totally relaxes you  just what you want on holiday. If you have young children there is a well-equipped nursery next door. Costs $338 (220, £173) for 120 minutes.

Dont miss:
Picturesque Omodos village with its pretty square, the church of the Holy Cross and the old wine press. The wine producing villages of the Krassochoria on the Southern slopes of the Troodos Mountains  Kolios Winery at Statos Village; Lunch at Tria Pefka at Koilani village; Dinner at Yialos tavern (fish meze) Petra tou Romiou  the legendary Birthplace of Aphrodite, Temple of Aphrodite at Kouklia village. Dinner at Kamaroudi Tavern Paphos; Lefkara village famous for its lace and silver work followed by lunch at Marias restaurant  Vavatsinia village; the Cyprus Wine Museum at Erimi. Dinner at Karatello, near the old castle in Limassol